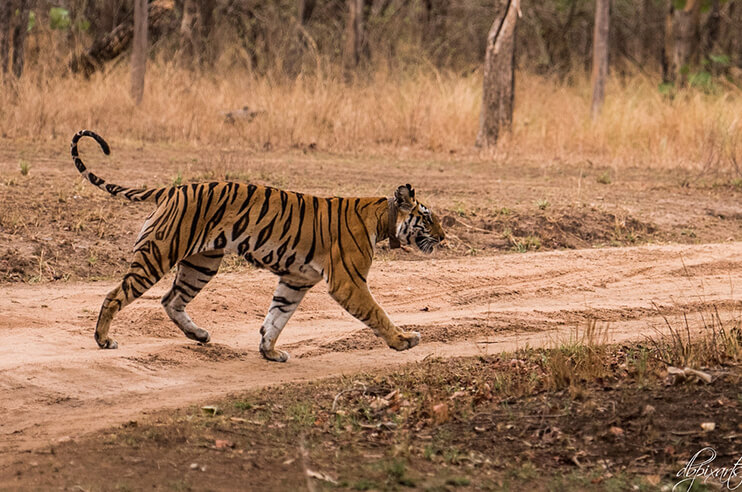 In the Vindhya mountain range of northern region of Madhya Pradesh, Panna National Park is a perfect hideout for all the wildlife lovers. With a total area of 542.67 sq km, the park sprawls over the districts of Chattarpur and Panna. In the year 1994, it was declared the 22nd Tiger Reserve of India. In the year 2007, it was declared as the best maintained national park in India, and was honoured with the Award of Excellence by the Ministry of Tourism. Later in the year 2011, the park was also awarded the status of Biosphere Reserve in India.

Established in the year 1981, Panna National Park was originally the hunting ground of the erstwhile rulers of Panna, Bijawar and Chattarpur. Today, it is reckoned to be one of the most important tiger habitats in India. But, do you know once the wild cats of the park were on the brink of elimination, mainly due to poaching? Unfortunately, after Sariska, Panna is India’s second tiger reserve which has lost all its native tigers.

Since we have started talking about tigers in the reserve, let’s roll back to a part of the history of the park which depicts the success story of tiger relocation in Panna. The tiger population in Panna was more than 40 in the year 2003. However, by the year 2009, the entire population of the tiger was eliminated and the park was left with only two tigresses. Amidst the row, a decision of relocating two tigers and two tigresses to the park was taken in June 2009 by the Ministry of Environment and Forest.

In the same year, the task of relocating tigers was initiated by Mr R. Shreenivasa Murthy, the field director of Panna National Park. For the project, the park collaborated with WWF and PATA.

As a part of the project, two tigresses were introduced to Panna from Bandhavgarh National Park and Kanha National Park, respectively. These tigresses were tagged as T1 and T2. Along with them, a male tiger (T3) was also relocated to Panna from Pench National Park. In November 2009, the male tiger (T3) strayed out of the park and started walking towards his home in Pench. He moved continuously through the human dominating area without causing any conflict. For over a month, the tiger was tracked by the staff of the forest department. He was finally brought back to Panna Tiger Reserve in December 2009. With time, he started adjusting in the habitat of Panna and acquired a territory and even started mating.

Introduction of T1 and T2 Tigresses

In the month of March 2011, an orphaned cub who was a tigress, coded T4, was brought to Panna as a part of the tiger relocation project. Despite being alone, she learnt the skill of surviving in the wild with the help of a male tiger. She mated with him. Later in the month of November in the same, the sister of T4 - T5 was also reintroduced to Panna National Park. In September 2014, heartbreaking news came from the park which stated the death of T4 due to the infection caused by her radio collar.

The Outcome of Relocation: The Park Welcomes New Tigers in its Habitat

Over these years, the group of seven translocated tigers, out of which five were females and two were males, mated several times and gave birth to more than 80 cubs. These numbers have become a reason for the success story of the tiger relocation project in Panna National Park. Such is the positive outcome of this entire project in Panna that at present, the park is serving as the dwelling land of 47 adults, sub-adults and cubs. Not just the numbers but over these years, tiger sighting has also increased in Panna National Park. Today, Panna Tiger Reserve is counted amongst the top places to spot tigers in India - that’s indeed a proud thing for the park itself!

What Makes Tigers to Easily Adapt in Panna’s Wildlife?

Well, we heard the story and now it’s time to have a look on the wildlife of the park. The affluent wildlife is one of the main aspects because of which the relocated tigers could easily adapt. Since these tigers were brought from the other national parks of Madhya Pradesh, they didn’t find it difficult in adapting the new habitat. The temperature and climate condition in all the four national parks are quite the same, hence, it makes the entire project a successful one.

Let us also take a look at the flora and fauna of Panna National Park:

An Insight into the Flora of the Park

With extensive plateaus and gorges, the park is entirely dotted with dry deciduous forests. The northernmost part of the forest includes natural teak forests. Whereas, the easternmost tip is dotted with natural Anogeissus pendula (Dhok) forests. Also, this wildlife reserve in India includes short and dry grass along with the open woodlands. Because of the dry and hot climate, the park also includes good vegetation of dry Teak and dry mixed forests.

Besides, the park also includes various other forest types including open grasslands, river lines, thorny woodlands and open woodlands with tall grasses. Top of that, the tree species one can expect to see in Panna National Park are - catappa, coromandel ebony, salai guggul, dhaora, chironji, mahuwa and more.

Along with that, the park is home to some rare shrub species including makora, ghaneri, arishtida sp., Grewia sp., Indian plum, night flowering jasmine, jungle geranium and more. Top of that, tachula and habana grass are the grass species that dominate the park.

An Insight into the Fauna of the Park

Panna National Park is one of India’s top wildlife parks where you get to see some enthralling wild species. Out of all the wild animals, the tiger is the celebrity of the park. If you are lucky enough then you can catch the sight of this ferocious creature roamings freely in the open space. Other popular faunal species in Panna National Park are wild dog, leopard, hyena, wolf and smaller cats. Besides, in the rocky hills, the sloth bear is the most common animal that can be seen. Along with that, the wooded regions are the home of chital, sambar, Indian deer and chowsingha. In the grasslands on the periphery of the park live the chinkara and blue bull.

Not just this, Panna is also the dwelling land of more than 200 avifaunal species which also include a host of migratory birds. Honey buzzard, king vulture, Indian vulture, bar-headed goose, changeable hawk eagle, blossom headed parakeet, paradise catch flyers and white necked stork are some popular names in the long list of bird species in Panna National Park. An attentive observation in the river can also help you catch the sights of gharials and marsh crocodiles. 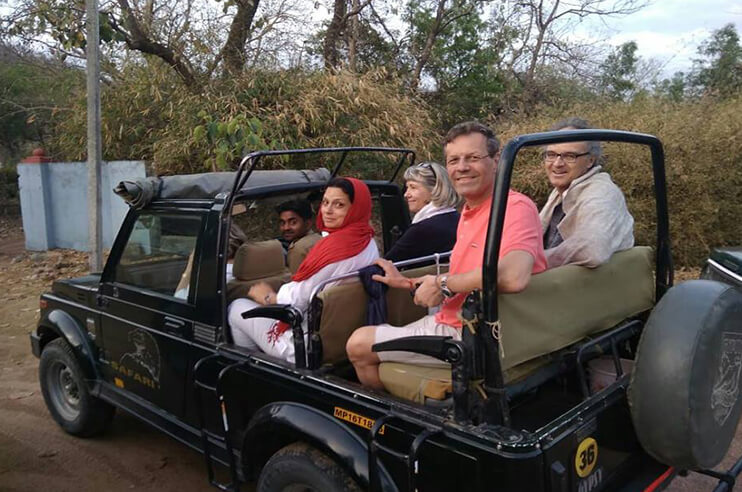 If you got fascinated by the success story of the park, then a visit to Panna becomes a must. Well, it is one of those accomplishments that you don’t get to relish every time. And by visiting the park and catching the sight of these big cats, you can be a part of the success party of the translocated project in Panna.

Besides the affluent wildlife, there is so much more to experience and explore in and around Panna National Park. The park is also known for interesting legends and cultural richness along with gorgeous waterfalls and archaeological splendours. If you are looking to spend some amazing holiday time in Panna National Park, then the remaining blog would be a useful travel guide for you. All you just have to do is hang on till the end!

What’s the Best Time to Visit the Park?

For tourists, Panna National Park remains accessible from 15 October to 15 June. In the remaining months, the park remains closed.

The summer season in Panna (April - June) remains hot, humid and dry. The temperature during this time goes up to 45℃. Though a bit unpleasant time, yet, the park receives as significant footfall of wildlife lovers during this time. Due to the scorching heat, animals including tiger frequently visit the riverside to drink water. This gives tourists a great opportunity to spot tigers.

Winter (October to March) is undoubtedly the best time to visit Panna National Park. The cool, calm and pleasant weather condition allows tourists to explore the park without any hassle. Moreover, the winter months, especially from November to January, also offers a great opportunity to tourist to go on a birdwatching tour in Panna National Park.

Different Safari Zones in the Park 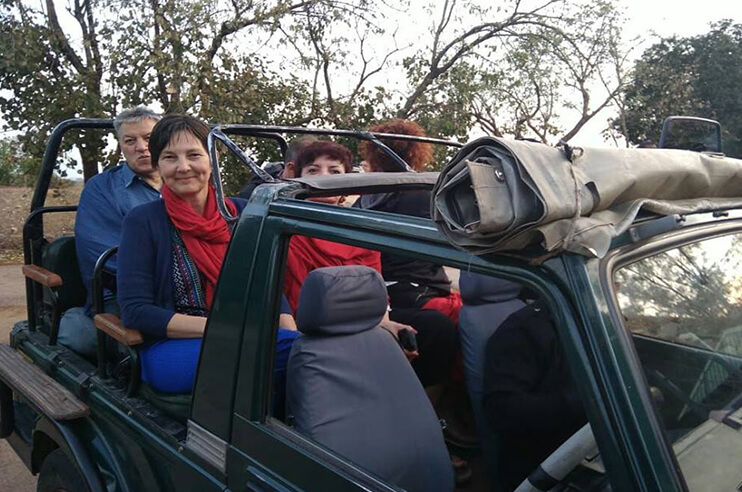 There are two safari zones in Panna National Park. These are - Madla and Hinauta.

Timings of the Wildlife Safari

What is the Best Accommodation Option in and around Panna?

There are plenty of accommodation options near Panna National Park. The ones that come under park management are Forest Rest House of Madla and Hinauta, Jungle Cottage at Hinauta and Karnawati Forest Rest House. Apart from these, the park also houses a number of private property in its periphery. These private resorts around Panna are known to offer an authentic wildlife ambiance. For those who prefer a wilder yet soothing surrounding, Ken River Lodge is the place where can book a stay in Panna. Amidst the wildlife, the resort overlooks the River Ken and is often entitled as the Tree House. For a high-end wildlife holiday experience in Panna, you can choose to stay in the Taj Safaris Pashan Garh. Panna Tiger Resort is another popular staying options for tourists which only offers separate cottages. But that’s not all, for the ones who love to be adventurous, the resort also has the option of tented accommodation.

Activities to Enjoy in the Park 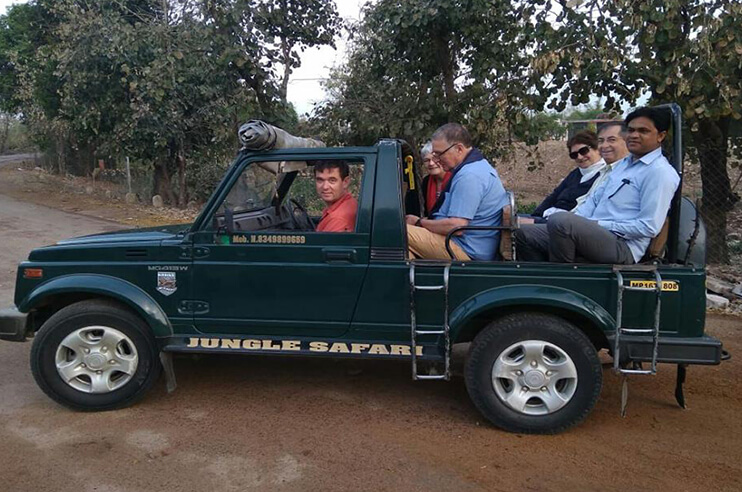 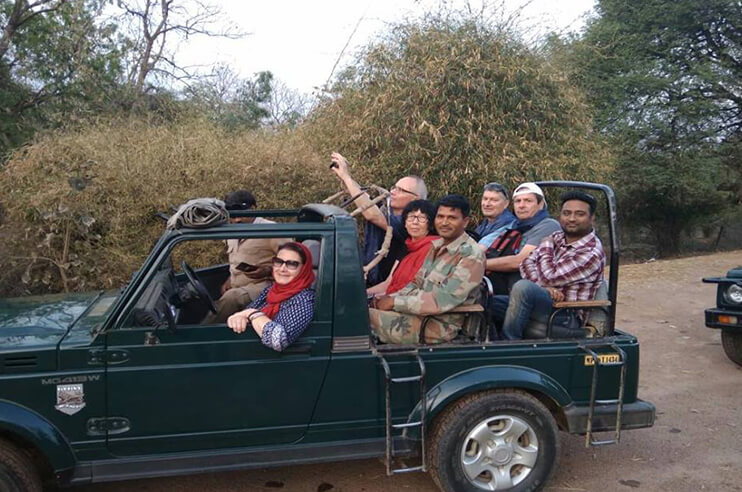 It’s kind of obvious that restricting to just one attraction on a vacation would probably a bad idea. Similarly, while on a here, you can take a day off from the wildlife and head out to explore the other amazing tourist places around Panna National Park. Let’s have a look at some top tourist places located around the park.

Whether you are on a family vacation or on a solo trip or on a holiday with your friends, Panna National Park is one of those top travel destinations in Madhya Pradesh that must be on your itinerary. After all, it is the hideout where you get to fulfil the dream of your childhood - catching the sight of the Royal Bengal tiger!